Friday Fiction Feature: There She Goes 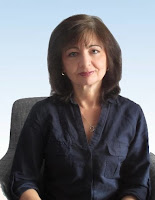 My latest novel, There She Goes, is a contemporary romance, set among the hopes and dreams of aspiring actors. At an audition, my heroine, Julie Farrell, who has yet to land her first professional acting job, meets actor Zac Diaz, but while she is instantly attracted to him, he shows no interest in her …

While I was researching, There She Goes, I was lucky enough to tour several of London’s West End theatres. To stand centre stage under the bright lights, looking out into a vast auditorium was thrilling – even without an audience watching from the tiered rows of red velvet seats! How wonderful to earn your living by singing, dancing, and speaking dialogue written by our greatest playwrights, and to hear the thunderous applause when you take your bow.

Acting is undeniably a glamorous profession, that can bring many rewards including fame and fortune, but it is also incredibly demanding, over-crowded and competitive. I’ve never acted professionally (I always wanted to be a writer), but most of my family and many of my friends work in the theatre, and I know from their experiences just how hard it can be, going to auditions where over a hundred girls are competing for just one role when an actress is leaving the ensemble of a long-running show – and then the actress in the show decides to stay and nobody who auditioned gets the job!

For every West End star with their name in lights, for every soap-star who becomes a household name, there are hundreds of jobbing actors, who spend a great deal of time ‘resting’ or supplementing their income with a ‘day job.’ There others who, even after years of gruelling training at drama school, never get through even one audition, and eventually drop out of the acting profession all together.

There She Goes is a love story, but it also shows the reality behind the scenes of the dazzling world of the theatre, and the hard work, grit and dedication to the craft of acting that goes into becoming a successful actor.

So what makes Julie Farrell want to become an actress, going to auditions, coping with rejection, doing a tedious ‘day job,’ all the while fearing that she may never land the dream role that will be her big break?

In her own words: ‘When I walk out on stage, something happens. The years of training, dancing ’til my body aches and my feet bleed, the hours of singing scales again and again, none of that matters. The only thing that exists is the performance - the music, the dance, the songs and the character I’m playing. I feel this connection between me and the other actors. And then, afterwards, when the audience applauds, I know they felt it too. I’ve created something special, even if it’s only for a few hours. There’s nothing else like it.’

Bio: Lynne Shelby writes contemporary women’s fiction/romance. She has worked at a variety of jobs from stable girl to child actor’s chaperone to legal administrator, but now writes full time. When not writing or reading, Lynne can usually be found at the theatre or exploring a foreign city – Paris, New York, Rome, Copenhagen, Seattle, Athens – writer's notebook, camera and sketchbook in hand. She lives in London with her husband, and has three adult children who live nearby.