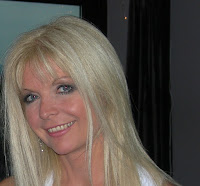 This week's Friday Fiction Feature covers not just one novel, but an entire series!

Catriona King is one of my favourite crime writers. I am delighted to feature her here.

Catriona is giving away THE TALION CODE, #13 in the Craig Crime Series, free in eBook format from Friday the 14th February to Monday the 17th 2020. The link is below.

THE CRAIG CRIME SERIES is a popular detective fiction series written by author Catriona King, with storylines set in modern day Ireland and overseas. Catriona is a doctor with training as a forensic medical officer and has always written, not only in the crime genre but in science fiction and fantasy.

The Craig series centres on the cases of the Belfast Murder Detective Squad led by DCI (later DCS) Marc Craig and combines crime solving with the often touching and humorous interactions between the members of the squad.

There are twenty-two full length published novels in the series set between two thousand and twelve and two thousand and nineteen, each of which can be read as a standalone (biographies of the main characters’ backgrounds and briefs on the main location are provided at the back of each novel).

Each novel covers the eventual solution of a murder or murders in very different contexts and ways, combining cutting-edge techniques and technologies with traditional crime solving approaches and utilising the differing talents of the murder team. The plots in the series cover variously: gangs, international people trafficking, technology based crime e.g. computer hacking and cryptocurrency, County Line drug gangs, drones, sex auctions, political intrigue, fraud, religious sects, family murders and many more topics, with some based on true events that have happened around the world.

Whilst the focus of the series isn’t on the period of The Troubles in Northern Ireland but rather on the country as it is now, a modern multicultural democracy, some of the characters and storylines have a background in the conflict on the various sides.

The latest novel in the series is THE GOOD WOMAN, which begins with a murder victim being found near a well known rural landmark. Sightings of two mysterious women in the area make the case one of the murder squad’s most confusing in years, and the unravelling of long-held secrets leads them to a perilous stand-off in which someone dies.

Meanwhile, a boy who was kidnapped from Portugal in twenty-seventeen and trafficked for adoption to America is abducted for a second time, and the unearthing of a century old Irish grudge sends two of Craig’s team searching for answers across the sea.

The next Craig Crime novel, THE LEGACY, will be released in April 2020.

GIVEAWAY
THE TALION CODE, #13 in the Craig Crime Series, is free to download in eBook format from Friday the 14th February to Monday the 17th 2020.
https://www.amazon.com/Talion-Code-Craig-Crime-Book-ebook/dp/B01ELNNDCS/ref=sr_1_1?keywords=The+Talion+Code&qid=1581534107&s=digital-text&sr=1-1
Website: www.catrionakingbooks.com