Today I am delighted to host Karen Winters Schwartz answering questions on her writing life. 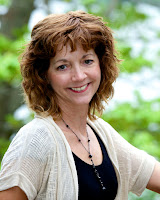 I like to say my books are character-driven fiction that defy classification. If I had to be more specific, they would fall into the genre of Literary Fiction. The publisher of my newest novel, Legend of the Lost Ass, has also classified it as Action & Adventure and Historical Fiction.

I don’t really choose genres. My novels always start out with a basic idea; I start writing and the characters take over. For instance The Chocolate Debacle was an idea that I pilfered when I was at a book signing for Where Are the Cocoa Puffs?. As I signed a book for one of my readers, she said, “I've always wanted to write a book about parents whose son is arrested for murder. They become their own detectives, try to clear their son and find the real murderer.”

I suggested we write it together, but she never followed up on my emails. So I wrote The Chocolate Debacle that turned out to be a Cozy Mystery.

For Legend of the Lost Ass the story idea came to me when I randomly wondered one day: Could a missent text change someone’s life? That basic concept led to throwing a group of engaging—but slightly off-beat—characters into crazy circumstances and a novel that spans nearly 70 years and four countries was born.

As I’ve matured as a writer it has taken me longer and longer to finish writing a book. Part of this is due to the fact that once you get a book published there’s a certain amount of writing time that gets sucked up with marketing. The first draft of my first published novel Where Are the Cocoa Puffs? took me only six months to complete. My present manuscript, about a young girl growing up on a dairy farm in the late 70s, is only about one third complete and I’ve been working on it for over two years!

I write a sentence before getting up for more coffee. After returning to the computer, I reread prior sentence only to realize the bathroom is calling to me. Once back at my computer, rather than rereading prior sentence, I answer a few texts and emails, followed by checking all my social media sites. I write another sentence (maybe) before noticing my coffee needs reheating in the microwave. With hot coffee nearby, I start to write another sentence but come to find it needs a little research. The next hour is sucked up with googling something like “hair ties in the 60s.” At the end of the day—filled up on coffee and Google wisdom—I’m very happy if I’ve written 500 excellent words!

Tell me something about yourself your readers might not know.

I used to raise poison dart frogs in those little plastic drawer units. Each drawer had the potential frogs at various stages of development. I made over $1000 selling froglets to a local pet store in Syracuse, NY.

When did you write your first book and how old were you?

I wrote my first book while I was in my late thirties. It was inspired by a dream. I woke up and thought, Wow. That was intense. I need to write that story! That dream eventually became my second published novel, Reis’s Pieces: Love, Loss, and Schizophrenia.

I love to garden. We’ve recently moved from Central New York to southern AZ. I’m learning a whole new way to garden, 365 days of the year! When COVID began, I was determined to live off the land. Turned out not to be so easy unless I’m willing to eat kale, kale and more kale! Riding my two rescue horses in the desert is amazing, as well as hiking. I also greatly enjoy traveling but that’s on hold with the way things are right now.

What was one of the most surprising things you learned in creating your books?

I think the most surprising thing is that I do not have total control over the story, or even which characters turn out to be main players. If I write a bit of dialogue or a scene that my characters don’t care for, they let me know! Character-driven fiction is magical in that sense.

I’ve completed six novels. Four of them have been published. One should never make it out of my closet. The other completed manuscript is a beautiful, poignant story set in Belize that I hope will be next up for publication.

Do you Google yourself? What did you find that affected you most (good or bad)?

Sure I do! What affected me the most is that old picture of me where my hair is cut super short. Who cut it that short and why?

When I was  about seven I helped myself to a batch of lemonade my mother had in the kitchen while hosting bridge club. I then went out on my bike and had a wonderful time. My mom freaked because it turned out it wasn’t lemonade. It was a batch of margarita! So for a long time, I wanted to be an alcoholic when I grew up.

How many unpublished and half-finished books do you have on your computer?

Hmm. Four, I think, if you include the one that I wrote so long ago that it’s literally hand-written on a dusty stack of paper in a closet somewhere.

Karen Winters Schwartz wrote her first truly good story at age seven. Her second-grade teacher, publicly and falsely accused her of plagiarism. She did not write again for forty years.

Her widely praised novels include WHERE ARE THE COCOA PUFFS?, 2010; REIS’S PIECES, 2012; and THE CHOCOLATE DEBACLE, 2014 (Goodman Beck Publishing). Her new novel, LEGEND OF THE LOST ASS, was released by Red Adept Publishing on July 21, 2020.

Educated at The Ohio State University, Karen and her husband moved to the Central New York Finger Lakes region where they raised two daughters and shared a career in optometry. She now splits her time between Arizona, a small village in Belize, and traveling the earth in search of the many creatures with whom she has the honor of sharing this world. This is her second year as a Rising Star judge.