Interview with A D Thorne

Broadly, they are crime novels. The Santiago de Compostela series was intended to be a police procedural series but seem to mutate into political thrillers as I wrote them, Mass murder has almost Dan Brown style action, I love the result but it was unintentional and makes the book hard to describe.

The treasure of Saint Bee series started as cosy mystery and also veered off course into a more traditional mystery. In the New Year, I have planned a series of cosy mysteries which will remain true to the subgenre. I plan to be very strict with my characters and myself, I will not veer off course.

It gives me a chance to murder people without committing a crime, so my imagination can run riot.

Also, if anyone upsets me they might end up metaphorically dead. It is much easier to forgive people once you have planned their murder in your mind.

I have ideas for stories in other genres too, if I ever get a chance to write them. More seriously, I read quite widely and you have to start somewhere.

I haven't been writing for long enough yet to be certain, because each book takes less time. But about six months start to finish at the moment. I have planned three books for next year so I am banking on writing faster in the future.

What is your work schedule when you are writing?

Again, that is still developing. At the moment, I start the day by editing the previous day's work, then have a break. Then I write about a thousand words before lunch. After that, it depends on what else I have to do. Writing related tasks, like website, answering emails, maybe watching a writing related Youtube video or doing some research. Household tasks tend to go in this slot as well, so washing, cleaning, food prep. Then if I can, I write some more in the evening before my husband who is a teacher gets home. 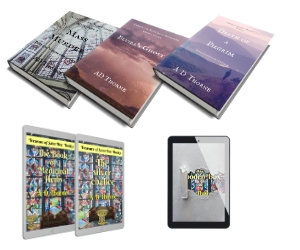 Tell me something about yourself that your readers might not know.

I am terrified of social media. I have done all kinds of jobs, been climbing, sailing, even parachuting all of which I did without batting an eyelid, and yet the mere thought of posting something on Facebook or Instagram has me curled up in a ball under the bed covers. Twitter is nothing more than a torture device, you write something and then wait for people to hurl insults back and if you are not careful; you lose the ability to escape from it all. I don't know how people do it.

When did you write your first book?

Just over two years ago, I'm a late starter. I was almost 60 when I started. I have always been an avid reader of all genres and had had a blog. I had never tried writing fiction. I would have loved to write a book earlier, but lacked both confidence and time. I'm working on the principal that it's never too late to start a new career.

What do you like to do when you are not writing?

We are restoring an old stone farmhouse in Galicia and four acres of land. There is always something to do. Of course, in Galicia it rains, so it's good to have some indoor activities on hand. I read and sew and crochet and sometimes sit on the balcony and watch the buzzards circle overhead.

I also cook sometimes for a stall on an artisan market, or in the summer for a couple of summer camps. At the moment I mostly write, and being a relative beginner, I watch your tube videos on things like formatting, email lists and marketing. There is a steep learning curve and many new skills to learn.

What is the most surprising thing you learned in creating your books?

How addictive it is: I had expected it to be hard work; I knew that I would encounter many things that were technically difficult. I'm old enough to feel like a dinosaur at time, when dealing with the digital world. Like many writers, I find the notion of selling or marketing is quite scary. I have never been good at selling. I even lost money selling unwanted items on eBay. Twice I felt guilty when someone bought thing I was selling and I rushed out and bought a new item and gave them that instead. Once, when someone collected something in person, I gave them the item for free and invited them in for tea and biscuits. I had to stop; it was costing me so much money.

I hadn't anticipated the thrill of telling a story, or that I would wake up in the night thinking about the next scene, or the sinking feeling at the start of a day out, that my computer wasn't going with me (I do sneak a notebook into my bag).

I have two full-length novels, two novellas, and a short story. My latest full-length novel is being edited at the moment. I'm not sure of the publication date yet though, I might prefer to miss the Christmas rush and publish in January.

Do you google yourself? What did you find that affected you most?

As I child, I changed my mind often, but it was usually an explorer or a mountaineer. My mother thought I would end up on the button counter at Woolworths, she meant it as a threat, but I don't remember thinking it would be a bad thing. I remember wanting to live in a croft in Scotland. But that is probably because I was in love with Lillian Beckwith's Hebridean books. I still love them, and I still sometimes wonder why I didn't do that. I suppose a farmhouse in Galicia is not so different though. Now I know that I want to be a writer when I grow up.

How many unpublished or half-finished books do you have on your computer?

Just two: my work in progress, and a half-written memoir, which I haven't yet had the courage to finish. I have a number of short stories though; maybe some of them should be books. I write them mostly to deal with ideas that threaten my current work in progress. But I also give them away to my mailing list.

Bio: Abigail Thorne was born in the Yorkshire mining town of Doncaster and attended the grammar school there, one of the oldest schools in England.

She has been married for over forty years to her husband Steve; they have two children and four grandchildren all living in the UK.

She now lives in a tiny Galician aldea with an ever changing number of animals, a productive vegetable garden and an amazing view over the hills.

She especially loves the tranquillity of life there.