Today I am delighted to interview Catherine Fearns 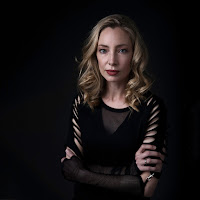 What genre would you say your novels fall into, or do they defy classification?
My novels fall within the crime thriller genre, although they have a supernatural element. Readers can choose to interpret them as straight police procedurals, or consider the possibility of a world beyond our own. In that sense they are quite unique, I think. Set in Liverpool and exploiting the north-west of England’s gothic and noir potential, you could also say they form part of the ‘Northern gothic’ trend.

What made you choose that genre?
I don’t know - I think it chose me! When I started my first book Reprobation, I wanted to write something about predestination, the theological doctrine that God decided at the beginning of time who would go to heaven (the elect), or hell (the reprobate). I just wanted to try and understand the concept – at that point I didn’t know if it would be a short story, a piece of non-fiction, or even a song! But very quickly a cast of characters developed and a murder mystery plot wove itself around them. I grew up reading crime fiction, classic horror, and Victorian gothic, so I suppose it was natural for me to gravitate in that direction. And it felt very natural to set my books in Liverpool, the place I know best.

How long does it take you to write a book?
So far my books have been written fairly quickly. When I have the initial idea I let it sit for a while, and do some background reading and planning - but once I go into writing mode it’s tunnel vision and I produce a first draft within a few weeks. Momentum is really important for me during this part, and I can’t bear to let things drag.

After the first draft I let it sit again for a few weeks and then go through another period of research and revision, before submitting to early beta readers. Then another few weeks of rewrites, and once the final version is with my publisher, the editing process takes about three months. I’m a quick worker and my books are relatively short, so I appreciate the fact that my publisher has a fast turn-around time too.

However my new book is a historical novel, my most ambitious project so far; it is going to be longer and more complex, and consequently will take a lot longer.

What is your work schedule like when you're writing?
I don’t have a set schedule. I have four kids, and now they are all at school, in theory my daytimes in between the school runs are free to write. But there’s always something – a school meeting, a sports match or a kid off sick – so I have to be very flexible. I often have pieces of journalism on the go as well (I write for music magazines), although I can pick and choose when I do those. I don’t think I have ever had a whole day to myself to write. I work best when I’m out of the house, so I tend to trawl the coffee shops of Geneva with my notebook. Despite the abundance of beautiful writing locations in Geneva, my favourite place to write is actually McDonalds in my local indoor shopping centre. For some reason the blandness gets me focused. I always write longhand first, then type everything up each night before I go to bed.

Tell me something about yourself your readers might not know.
I have a diploma in classical piano and I’m a qualified piano teacher. My first job was a cocktail pianist at Harry Ramsden’s Fish and Chip Restaurant on the Liverpool docks. I was rubbish at it; I just wanted to sit quietly playing classical music and the occasional Beatles song, but I would get heckled by drunk customers asking for silly requests like Nirvana or Come On Eileen – for a shy sixteen-year old it was so stressful! No stage presence whatsoever. I played in a few other restaurants, as well as for theatres and weddings when I was student, but in my early twenties I stopped playing completely, and it’s probably my biggest regret.
When did you write your first book and how old were you?
As a child I would often embark upon grand writing projects which always fizzled out. I always enjoyed the writing aspects of my studies and jobs over the years, but there was no creative writing involved. I never really considered writing a novel until my late thirties.

My first attempt at a novel was called The Veilmaker, which is a sort of modern re-telling of The Count of Monte Cristo. It’s rubbish, it’s password-protected on my laptop and will never see the light of day! I don’t regret the time I spent on The Veilmaker, because that was the novel with which I taught myself to write a novel.

I wrote Reprobation, my first published book, when I was 39. I’m nearly 41 now and I’m on a roll - long may it continue!

Most of my time is spent with my kids. In the past it was playing with them, now it’s increasingly driving them around. But I do have a hobby, and that is heavy metal. I play guitar and sing in a death metal band, and I go to gigs whenever I can get a babysitter. My guitar collection is my pride and joy – I’m like a proper Dad with his sports car. Fortunately guitars are cheaper than sports cars. My family and friends make fun of me because it is a bit of a midlife crisis; but honestly since I discovered heavy metal I’ve never been happier.

What was one of the most surprising things you learned in creating your books?
The anxiety – no, the terror - that comes with putting your creations out into the world. I have a new admiration for people who have committed fully to their art, because it is a precarious way to live, emotionally as well as financially.

How many books have you written?
Three published with Crooked Cat: Reprobation (2018), Consuming Fire (2019), and Sound (2019, forthcoming). I have just started writing book four!

Do you Google yourself? What did you find that affected you most (good or bad)?
Anyone who says they don’t Google themselves is lying! I must admit I have a little look once in a while, just to check for anything I should be worried about. But there’s nothing surprising or controversial when you Google my name – just links to my Amazon page, website, social media, my music journalism pieces, and bloggers who have reviewed my books.

The Google search page for ‘Catherine Fearns’ is basically a list of what I’ve achieved over the past two years and I feel quite proud to be honest. But my husband hates the fact that I’m on the internet at all – he loathes social media and it has been a sore point in our house. I can totally understand his position. As recently as two years ago I had never even used Facebook, and now I’m checking my twitter account several times a day - it’s really an addiction.  But it’s also a necessity for anyone selling a product. And fortunately I use a pen name – I don’t exist on the internet under my real name. That’s quite nice.

As a child, what did you want to do when you grew up?
For a long time I wanted to be a vet, and then when I discovered crime fiction aged 12 I planned to be a forensic scientist. But in my teens I gravitated more towards arts than science subjects, and ended up doing a history degree. Which sort of prepares you for anything and nothing. I applied for the Foreign Office and got a place, but then I met my husband and decided to stay in the UK, so I became a risk analyst and joined the Bank Of England.

Ironically after choosing a UK-based career to be with my husband, I ended up as a trailing spouse, following his career around the world instead. Between the upheavals of travel and parenting, I have ended up changing jobs so many times that I’ve pretty much had a go at most things. My CV makes no sense at all – thank goodness I don’t need one now I’m an author!

How many unpublished and half-finished books do you have on your computer?
There’s the dreaded Veilmaker which I mentioned above; there’s also the bare bones of a non-fiction book about heavy metal which I may revisit at some stage; and then the beginnings of my new novel, which has a working title of All The Parts Of The Soul.

Bio: Catherine Fearns is from Liverpool, UK. She is the author of three novels published by Crooked Cat Books. Reprobation and Consuming Fire are both Amazon bestsellers in multiple categories, with Reprobation as a Readers’ Favorite Silver Medal winner. Sound was released on 3rd October 2019.

Catherine writes for music website Pure Grain Audio, and her music journalism has also appeared in Broken Amp and Noisey. Her short fiction and non-fiction pieces have been published in Here Comes Everyone, Toasted Cheese, Offshoots & Metal Music Studies. She holds a degree in History from Oxford University, a Masters from the London School of Economics, and is a member of the Crime Writers’ Association and the Geneva Writers Group.