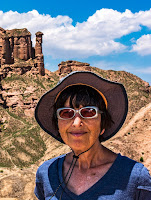 Today I am delighted to welcome Miriam Drori who is here to tell us about her writing life.
What genre would you say your novels fall into, or do they defy classification?
Hello Lorraine, and thanks for having me on your blog. Each of my books falls into a different genre. The first is a romance; the second, which was co-written, is historical fiction; the third is non-fiction; the fourth is uplit. As the first two are currently unavailable, I have listed the links to the other two, below.
What made you choose that genre?
I wrote the romance following an excellent online workshop facilitated by Sally Quilford. The historical fiction was suggested by fellow author, Emma Rose Millar. The non-fiction book is on a topic I’m passionate about. My latest novel involves a character I had to write about; the genre chose itself.
How long does it take you to write a book?
A long time. The latest one took the longest. I began it for NaNoWriMo 2013. I put it aside and wrote other books in the meantime. I returned to it more than once. It was finally published this year.
What is your work schedule like when you're writing?
During the month of NaNoWriMo, I write every day, all day, and wonder how other writers manage to write alongside full-time jobs. The rest of the year, I try to write five days a week, but often life gets in the way. Mornings are the best time for me to write. Afternoons often find me in the kitchen and evenings outside the house.

Tell me something about yourself your readers might not know.
I won a bicycle when I was twelve. My parents would never have bought one for me because they thought it was too dangerous. (I’d learnt to ride on the bike of a friend’s little brother. It was so low to the ground that I wasn’t afraid of falling off.)
When did you write your first book and how old were you?
That would be the non-fiction book that was eventually published in 2017. I wrote the first draft in 2004-5, when I was 51.
What do you like to do when you're not writing?
Folk dancing, hiking, touring and reading.
What was one of the most surprising things you learned in creating your books?
I learned that I’m a creative person! When I started to write fiction, I stuck to real events and characters that were an amalgam of real people. Gradually, I discovered an ability to make up stories and characters that had lain dormant since childhood.
How many books have you written?
Four finished and published. A few others, started and abandoned. Two drafts I plan to return to.
Do you Google yourself? What did you find that affected you most (good or bad)?

I don’t often Google myself, but I did to answer this question. I saw (in this order) Amazon bio, latest blog post, Facebook profile, LinkedIn profile, Crooked Cat bio, Goodreads bio, review of my latest novel, guest blog post, two videos of me reading my poetry, guest post, Pinterest profile, extract from my latest novel, guest post, interview, someone selling my debut novel second-hand for roughly the price when it was new, various images of me and my books, two guest posts, Amazon page, review, quote from review on Twitter, guest post… But I didn’t discover anything. I phewed a sigh of relief tinged with a slight whiff of disappointment.
As a child, what did you want to do when you grew up?
I didn’t know what I wanted to be, but I knew what I didn’t want to be. My father, a teacher, warned me off teaching. My mother’s jobs as secretary and housewife didn’t seem very interesting. As I wasn’t any of those (I do as little housework as possible), I can say I fulfilled my ambitions!


How many unpublished and half-finished books do you have on your computer?
I counted eleven, but some of those are only ideas and some have been discarded, while others are included in plans for the future.
Bio
Miriam Drori has decided she’s in the fifth and best stage of her life, and she’s hoping it’ll last for ever. It’s the one in which she’s happiest and most settled and finally free to do what she wants.
Miriam lives in a delightful house and garden in Jerusalem with her lovely husband and one of three children. She enjoys frequent trips around the world. She dances, hikes, reads and listens to music. And she’s realised that social anxiety is here to stay, so she might as well make friends with it.
On top of that, she has moved away from computer programming and technical writing (although both of those provided interest in previous stages) and now spends most of her time editing and writing fiction. Neither Here Nor There, a romance with a difference set in Jerusalem, was published in 2014. The Women Friends: Selina, co-written with Emma Rose Millar, is the first of a series of novellas based on the famous painting by Gustav Klimt. Social Anxiety Revealed (non-fiction) provides a comprehensive description of social anxiety from many different viewpoints. Cultivating a Fuji tells the story of a guy who’s different.
Miriam Drori can be found on Facebook, Twitter, Goodreads, Pinterest, Instagram, Wattpad and on her website/blog and social anxiety blog.
Amazon page: Author.to/MiriamDroriAtAmazon.


Her two latest books are available from Amazon: Social Anxiety Revealed and Cultivating a Fuji.