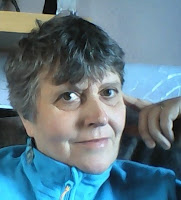 The inspiration to write An Uncomplicated Man came from me thinking about my dad.

As some of you may know, I had a kidney issue in 2013 which resulted in me needing regular dialysis sessions. Dialysis takes four hours each time so that is a lot of time to think and one evening, my dad just came to mind. My dad’s favourite song was ‘Danny Boy,’ and so a thought of my dad, on that occasion, resulted in the song playing over an over in my head. I thought ‘Danny Boy’ would be a great title for book and I started to imagine a few scenarios.

Daniel Laither is just a regular bloke and I wanted to explore what happens when an ordinary man gets in over his head. As it usually does, one lie leads to another and I wondered how far would he go to keep his secret? Would he be able to dig his way out of the hole that he found himself in? How would he react when he thought that he had nowhere else to go?

I once described An Uncomplicated Man as the story of a man who got himself into a pickle because of a woman. Lucy Braithwaite is that woman and I know that I would hate her if I met her in real life. She is selfish and spoiled and doesn’t hesitate to use Daniel to get what she wants, or should I say what her father wants.

I would describe it as a love story – at least on one side.

It is told in the first person from more than one perspective so that both Daniel and Lucy get the chance to tell their sides of the story.

Up until a few months ago this book was called ‘Danny Boy,’ until it was decided by my former publisher that the title wasn’t strong enough. Maybe one day I’ll write a sequel and use the name then.

An Uncomplicated Man will be published by Headline on December 5th 2019.

Bio
I was born in my grandmother’s house in Sheffield in the 1960’s. I was the youngest of three children and born on my dad’s birthday to boot making me the ‘golden child.’ I left the

big city in 1982 and moved to a tiny village in North East England. It was a bit of a culture shock at first but I love it now.

I’ve had all sorts in my time from ledger clerk (that’s what it says on my marriage certificate) to school dinner lady and probably half a dozen other things in-between. I currently work as a manager in a charity shop where no two days are the same.

If I’m not working or writing I’m probably cooking, gardening or walking the dog.