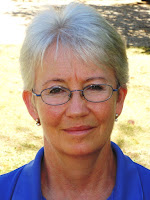 What genre would you say your novels fall into, or do they defy classification?
I’ve written three novels to date and am working on a fourth. They are all historical fiction. There’s a smattering of romance, but they couldn’t be described as historical romance in the accepted sense of that genre.

What made you choose that genre?
I’m a self-confessed history nut. I took a degree in the subject longer ago than I care to remember, but my passion for it has stayed with me, and even increased. We moved to Southwest France in 1997, which is an area steeped in history, so I indulge my passion for walking around historic towns and villages wondering how they looked in past times.

How long does it take you to write a book?
It varies. I’ve done National Novel Writing Month (50,000 words during November) three times. That’s a very concentrated way of getting words on paper. But then, of course, they need finishing and a lot of editing. The fastest is 12 months; the longest two and a half years. Historical fiction doesn’t lend itself to rapid release because of all the research you need to do – which, by the way, I adore!

What is your work schedule like when you're writing?
I write in the morning, which leaves me the rest of the day to get on with other things, like research, social media networking, blogging and marketing. I write fast when my head is in the zone.

Tell me something about yourself your readers might not know.
I discovered only a few years ago that my paternal grandmother was Irish. I think she had a rather tragic life, and many of her countless siblings died in childhood or during World War I. Thanks to her, I am now an Irish citizen, as well as being British.

When did you write your first book and how old were you?
I started writing when I was around six years old. They were mostly stories about Greek myths and Norse legends, which I loved. I also remember writing some rather whimsical stories about elves and witches, deriving from my fascination with all things magical at that age. I couldn’t tell you which was the first one. I wish I had kept them.

What do you like to do when you're not writing?
Next to history, singing is my great passion. I sing in two choirs, one of which is a small ensemble. I’ve managed to weave my love of music into the trilogy I’m working on. I’m very keen on walking, and we have some wonderful countryside around here. We are also involved in several local associations that aim to restore historic monuments in the area.
What was one of the most surprising things you learned in creating your books?
I find writing novels easier than short stories, although they require more stamina. I find it suits my kind of writing better to develop characters over a longer work. Writing short stories is incredibly difficult.

How many books have you written?
Three novels: two in the Tales of Corsica series; and the first book in a trilogy set in France and spanning the period 1897 to 1945. I’m in the process of writing Book 2 now (my NaNoWriMo project). And a volume of short stories.

Do you Google yourself? What did you find that affected you most (good or bad)?
Who doesn’t?! I don’t think I found anything startling, although I did come across a few reviews that I hadn’t previously seen.

As a child, what did you want to do when you grew up?
I changed my mind regularly. First woman Prime Minister; a doctor; a journalist; a publisher. The only one that actually came to pass was the publisher: I worked in book publishing for 10 years after leaving university.

How many unpublished and half-finished books do you have on your computer?
One novel: the one I’m currently working on. Two novellas, both of which are at early stages. I pick those up and put them down again according to other writing commitments.

Bio: Originally from the UK, Vanessa Couchman has lived in France since 1997. She is the author of three historical novels. A fourth is in progress and numerous ideas jostle for position in her head. Her short stories have won and been placed in creative writing competitions, and she has published a collection of stories inspired by and set in France. 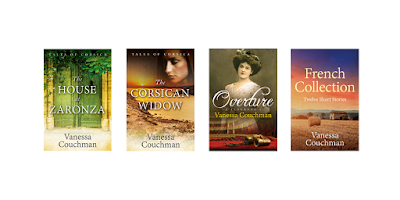 List of books
Tales of Corsica Series:
The House at Zaronza
The Corsican Widow