Beatrice Stubbs and her European Eggcorns

It wasn’t supposed to become a habit. I thought I’d try it once and could stop anytime I liked. Fifteen books later, look at the state of me. 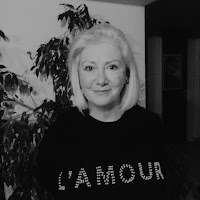 The Beatrice Stubbs Series erupted out of a sense of frustration. A neighbour, due to relocate to Singapore, offered me her crime fiction collection for twenty francs. Bargain, said I, and carted home four boxes of hardbacks. Around the fifth book, I became frustrated. By the seventh, I was flinging them against the wall.

Why is so much crime fiction so horribly clichéd? Why are there no better roles than rape victim or dysfunctional pathologist? Where are the real women, with other interests than being discovered knickerless in an alley? Where are their families, partners and friends who drink too much rosé?

It IS possible, I vowed, to write a well-rounded character and a crime story that is neither ‘cosy’ nor violently misogynistic. I researched further and discovered a whole lot of crime writers who eschewed obvious tropes to write thoughtful, deeper novels. One of whom is our esteemed host, who I would describe as a mentor. Others would be Sheila Bugler, Gillian Hamer and Abbie Frost.

Enter Beatrice Stubbs, a 50+ detective with an irrepressible appetite, a long-term partner she refuses to marry, a gay wine-merchant neighbour and a constant battle with bipolar disorder. 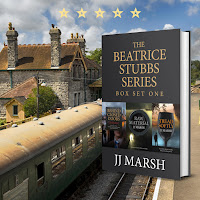 The first book – designed to be a one-off – took me three years to complete. Guided by such astute voices like those above, I workshopped my novel chapter by chapter. The main character took on distinct characteristics. One example would be Beatrice’s ‘eggcorns’. She takes commonplace phrases and reinterprets them – ‘that’s the way the cuckoo crumbles’, ‘Close, but no guitar’, ‘not worth rushing off on a wild goats’ chase’.

Occasional reviewers attribute these to authorial error, but Beatrice fans email me every week with fresh suggestions for her #bealines.

Then there are the locations. I’m a passionate Europhile having lived/worked in France, Portugal, the Netherlands, Germany, Spain, Belgium and Switzerland. Where better to set a serial killer of Fat Cats than Zürich? Wine fraud on in industrial scale? Rioja country. A psychotic stalker in the dead of winter? The remote island of Sylt on the German/Danish border.

One of the best things about the research is that a gang of writing mates often come with me to ‘assist with the research’. Or to put it more accurately, drink wine and eat cheese.

Today, I’m sitting in the garden plotting the twelfth in the series, having written three other novels in the interim.

As I said, I can stop anytime I like. I just don’t want to. 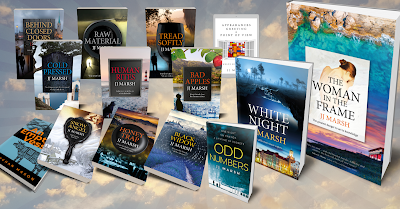 Jill grew up in Wales, Africa and the Middle East, where her curiosity for culture took root and triggered an urge to write. After graduating in English Literature and Theatre Studies, she worked as an actor, teacher, writer, director, editor, journalist and cultural trainer all over Europe.

Now in Switzerland, she writes crime and literary fiction to entertain readers with enthralling stories and endearing characters.

Her Beatrice Stubbs crime series topped the Amazon best sellers in “International Mystery & Crime” in Australia, Canada, the UK and the US.