Jigsaw Island  Know who your friends are… 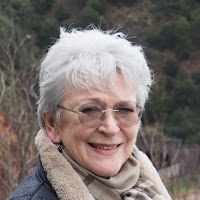 Jigsaw Island  is not a typical, edge of the seat psychological thriller – to start with… I like my readers to get to know the characters, their backgrounds, situations, challenges and hopes. This is a legacy of my theatre background. But, while empathy is important so, too, is humour. Without it, how would we survive? This is the second of my books to feature the Greek islands, the first being Terrible With Raisins (the title is a quote from Dorothy Parker) about Clair who flees to Symi to escape a BIG birthday. Jigsaw Island  is a standalone fiction, but some of the characters from ‘Raisins’ reappear; it is set in both Symi and Leros. Research meant talking to Greek medical and naval professionals, and expat volunteers, there, who aid refugees arriving in Greece after terrifying journeys. The real life story of a refugee friend, whose path led from Syria to Devon, appears at the end of the book. Back in England, I looked at homelessness, spending time with a frontline worker at the Church Army’s Marylebone project for homeless women and with the Homeless Projects Manager.

So what’s it about? On a holiday escape to the Greek islands, Annie Buchanan discovers what – and then who – is missing from her life…

When single mother, Annie, and son Jude take a break away from Scotland to stay with her brother and friends on Symi, they find the warmth and support they need. As they ease into the relaxed rhythm of island life, old and new acquaintances change the course of their vacation. Whether it's for better or worse, Annie will discover when she visits the island of Leros. There she may be able to put together some of the missing pieces in her life and learn who her friends really are. But she cannot be prepared for some uncomfortable truths about the past and the dramatic way in which they will change the present for her... and Jude.

This is a book to make summer stretch into the autumn, to give a flavour of the glorious islands that contrasts with the reality of the refugee crisis. It explores the challenges of a single mother raising a son and addresses the nature of who we – and our friends – really are. And as I’ve already said, it should give you a few laughs, too. Plus a touch of lust.

Lynne McVernon is an English/Irish author from South London, now living in Devon. As a young theatre director, she worked throughout the UK in repertory, touring theatre, the Edinburgh Festival and the Young Vic and National Theatres, taught at many of the leading drama schools, and founded a young people’s creative writing and performance company, while also writing and devising plays. Director Mike Leigh and the theatre company Shared Experience were two major influences. First novel, Terrible With Raisins was published in 2013, second, Jigsaw Island , July 2020. So many writers to admire, but Edna O’Brien, J P Donleavy, Muriel Spark, John Steinbeck and Dickens (having dramatised three of his novels) are up there, plus so many other female writers who pointed the way. Higher Education, University of Reading, and Wimbledon School of Art (now College of Arts) – so designed the covers of both books. Training, Regional Theatres Trainee Directors’ Scheme. Heart belongs in Greece.