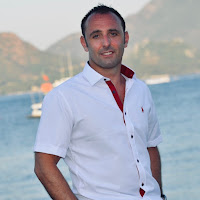 My novels fall firmly into the contemporary crime thriller genre.  CODE OF SILENCE is a police procedural with thriller elements. Of the two series that stem from this novel one fall’s firmly into Police Procedural and the other is hi-octane thriller.

Crime and Thriller are genres I love to read. Write what you love, was a lesson I learned and whether it limits me (I’m not a true believer in writing to market).

I think the love of writing would be lost trying to write what was popular or profitable at a given moment in time.

Crime novels have and will always be popular as they satisfy all the elements required for us to enjoy a good story. I also like the fact it allows me to explore the world and current events going on around us. With the broad canvas of real life intrigue, the rise of organised crime and it’s attempt to legitimise business into regular society and the morality of the mega-corporations as they expend their reach; as a backdrop I think topics like these give thriller fiction an air of authenticity and urgency. I think it helps me consider those wider topics and offers the opportunity to explore the reasons behind them and the fears, anxieties and drama these circumstances create.

That’s the million-dollar question. My debut novel is scheduled for release Winter 2020. I’ve been writing since I was a teenager. Fits and burst but I never saw anything through. There was always something to inevitably get in the way. I read that Ian Fleming and Lee Child arrived to writing late and that gave me a kick of inspiration not to give up.

CODE OF SILENCE has been a work in progress since March. So I’d say it’s been six months writing with another three to do the spit and polish. 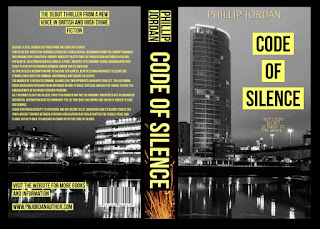 I was fortunate to be furloughed from work during this years crisis which took away any financial burden and allowed me to write what I’ll call full time. I’ll usually write in two or three sessions a day. AM before anyone else is up then another session in the afternoon and another in the evening.

I think the story is always there though whether I’m out walking the dogs or sitting having coffee. I’ll grab my phone and make notes and suggestions.

Tell me something about yourself your readers might not know.

I competed in triathlon to a fairly high level. From Olympic Distance up to Ironman events with a few top-ten finishes, an age-group championship and a World Police and Fire Games under my belt. I think the dedication to train and compete has helped immensely in garnering the focus to write every day. Now writing is the thing which has replaced the hours of swimming, cycling and running.

When did you write your first book and how old were you?

I probably wrote my first book when I was early teens or younger. I remember printing out pages and Pritt Sticking them together to form a book. I think it was just to have that physical item in your hands that you had created. I’m in my forties now and been able to put the years of practice and reading to work so hopefully now as I head toward mid-forties I’ll achieve that young kids dream.

I still keep myself fit but just not to the level I would have when competing. I have two dogs who keep me occupied with walks and enjoy just spending time with and cooking for family. I don’t think I’m ever not writing though. The story works its way in to your head so it’s always being added to or tweaked and new scenes or new works thought about. I’m also a voracious reader so rarely have a book out of my hand.

What was one of the most surprising things you learned in creating your books?

That there was so much more than just the writing! Perhaps naively I thought the difficult part would be to get the words down into a coherent story that people would engage with. While that’s true the elements of setting up websites, social media pages, cover and copy design sort of snuck up. As did media and marketing.

I’m grateful to be in the position of learning and putting these new skills into practice. I have been lucky enough to be part of a generous and supportive writing community who have always been near if help was needed.

CODE OF SILENCE will be the first full-length novel. It is the first book in what I term the Origins Collection.

The novel is a contemporary Crime Thriller set in Belfast; it follows D.I Veronica Taylor as she picks up the pieces of a failed prosecution against her nemesis, Gordon Beattie, who although now free finds himself in a predicament of his own.

Code launches a narrative and set of characters on diverse journeys across the next books, exploring the themes of redemption and retribution against a backdrop of political greed, corruption, exploitation and the meaning of justice in modern day Northern Ireland and the world at large.

The next two books, THE CROSSED KEYS and NO GOING BACK are planned for next year.

Do you Google yourself? What did you find that affected you most (good or bad)?

I don’t exist on Google. I’ve had no social media presence until I began to write. Is that a blessing? Ask me again a year from now or once the reviews start coming in!

I didn’t know. Like a lot of voracious readers I would dream that a career as a successful writer might be something I could do but then life has a habit of knocking the edges off those dreams and you turn to regular pursuits to earn a living.

The big dream now would be to have this passion and love of story telling find an audience who are as enthusiastic about reading the books, as I am to write them.

If I’m blessed enough to find that then the daydreams of a little boy scribbling in a notebook in backstreet Belfast will have come to life and that will be success.

How many unpublished and half-finished books do you have on your computer?

At this minute I have CODE OF SILENCE in the final stages. There are two direct follow on novels pre-planned that I estimate will be available 2021; THE CROSSED KEYS and NO GOING BACK.

I also have four novella tie in’s. Two of which will hopefully coincide with the release of CODE with the other two released to keep appetites whetted prior to the next novels being released.

Bio: Phillip Jordan was born in Belfast, Northern Ireland and grew up in the city that holds the dubious double honour of being home to Europe's Most Bombed Hotel and scene of its largest ever bank robbery.

He had a successful career in the Security Industry for twenty years before transitioning into the Telecommunications Sector.

Aside from writing Phillip has competed in Olympic and Ironman Distance Triathlon events both Nationally and Internationally including a European Age-Group Championship and the World Police and Fire Games.

Taking the opportunity afforded by recent world events to write full-time Phillip is in the process of completing his Debut Crime Thriller, CODE OF SILENCE, finding inspiration in the dark and tragic history of Northern Ireland but also in the black humour, relentless tenacity and Craic of the people who call the fabulous but flawed City of his birth home.

Phillip now lives on the County Down coast and is currently writing two novel series.

The D.I Veronica Taylor Series is set in Belfast and follows the title character as she seeks to redeem her career and her sense of justice following a failed high profile prosecution against one of the city's premier crime lords. Taylor investigates crime and the city's criminal underworld while navigating the tightrope of politics and collusion.

The Tom Shepard Series follows an ex-special forces operator attempting to exact revenge on those responsible for a personal tragedy. Shepard unexpectedly uncovers a deeper conspiracy that puts him on a collision course with a shadowy global consortium responsible for greater injustice and threat than just that which has befallen him.