The Best Christmas Ever by Karen King

Lexi Forde adores Christmas. She’s especially looking forward to it this year as it’s the first Christmas with her boyfriend Ben and her older brother is visiting from Canada with his family. So they’re having a family Christmas at her parents’ house in Devon.

But then Lexi sees Ben kissing someone else and discovers he’s been having an affair. Devastated, she travels to Devon alone. She’s determined not to let her break up with Ben spoil her family Christmas. But when she arrives, Lexi discovers the council won’t allow the Christmas tree on The Green to be decorated this year; it’s too dangerous and has to come down. Lexi is desperate to save their favourite family tradition and make this Christmas extra special.

Can she save the tree and mend her broken heart in time for Christmas?

Amazon: The Best Christmas Ever

The Best Christmas Ever

It was bitterly cold. Lexi shoved her hands in her pockets, wishing she hadn’t left her gloves in the car, and glanced over at the entrance to the big office block where people were starting to trickle out. Ben should be out any minute now, he finished work at five thirty and it was twenty to six. Unless he was working late. He had worked late quite a bit lately. It was stupid of her to come and meet him on impulse like this, she should have messaged him first, she realised. She’d text him now; she could wait in the café around the corner if he was working late, or maybe he would be able to leave if he knew she was waiting for him.

She took out her phone then paused, a smile springing to her lips as the doors opened and Ben walked out, looking endearingly handsome as he buttoned up his long black overcoat, the grey- cashmere scarf she’d knitted for him wrapped around his neck. She always thought that there were two different Bens, the easy-going Ben that lounged around in jeans and T- shirts at home and the sales manager Ben who always dressed impeccably for work in a suit, shirt and tie. She loved both versions.

She waved and stepped forward but Ben had turned back to the entrance. Has he forgotten something? A woman with short, dark hair, dressed in a long camel coat with knee-high,-

Leather boots, and a brown-leather handbag swinging on her shoulder, walked out and her face lit up in a smile. Lexi watched, stunned, as Ben stepped forward to meet her and the

woman wound her arms around his neck and kissed him. Kissed Ben. Her boyfriend. And Ben was kissing her back. Then they were both walking off hand in hand and Lexi was watching them, too shocked to move. Ben and another woman?

Suddenly she found her voice and shouted ‘Ben!’ so loud that everyone stopped and stared. Ben turned around and she saw the shock register on his face as he quickly released the woman’s hand. ‘Lexi?’

He was walking back towards her now, swiftly composing his face to one of pleasant surprise. ‘Lexi, darling...’

Here it came, the big excuse why he had kissed another woman and was walking off with her hand in hand. Did he think she was so gullible she would accept anything he said? The look on that woman’s face when she had spotted Ben waiting for her had said it all. 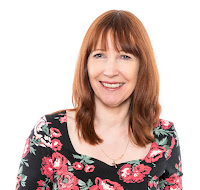 Karen King is a multi-published author of both adult and children’s books. She has had ten romantic novels published, two psychological thrillers, 120 children’s books, two young adult novels, and several short stories for women’s magazines. Her romantic novel The Cornish Hotel by the Sea became an international bestseller, reaching the top one hundred in the Kindle charts in both the UK and Australia. Karen is a member of the Romantic Novelists’ Association, the Society of Authors and the Society of Women Writers and Journalists. Karen now lives in Spain where she loves to spend her non-writing time exploring the quaint local towns with her husband, Dave, when she isn’t sunbathing or swimming in the pool, that is.